Welcome to The Cheshire Pitt Club

Welcome to the website of the Cheshire Pitt Club, founded as the Northwich Pitt Club in 1814, for the immortal memory of William Pitt the Younger - Non sibi sed patriae vixit - "Not for himself but for his country he lived". 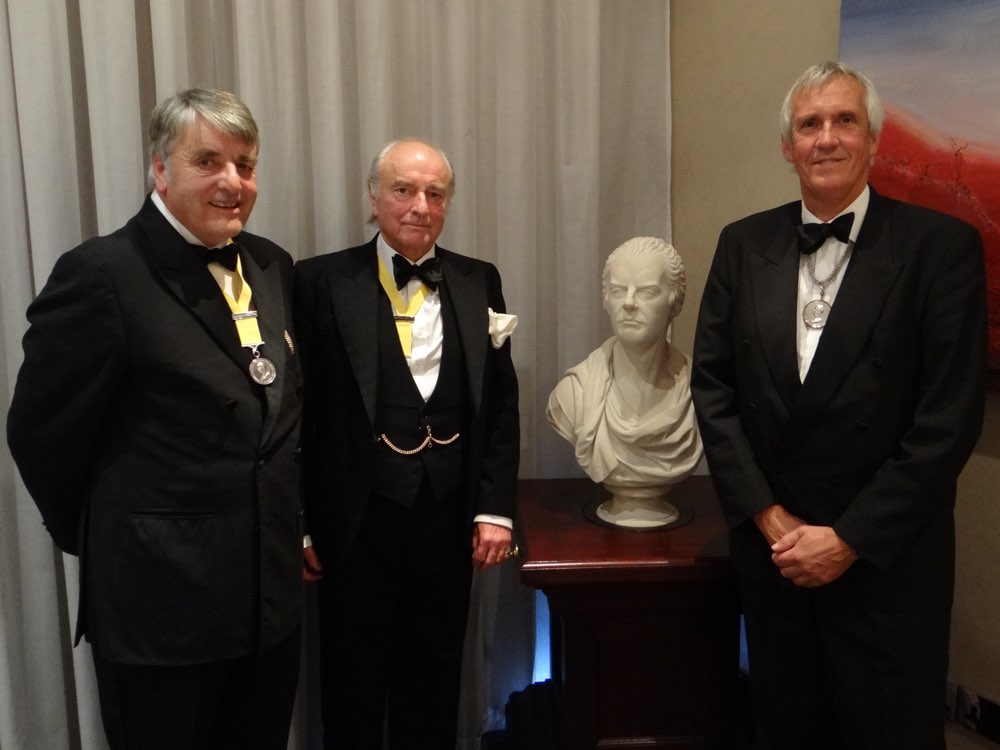 William Pitt the Younger (28 May 1759 - 23 January 1806) was first elected to Parliament in 1781 aged 21 and became both Prime Minister and Chancellor of the Exchequer in 1783 at the age of 24, serving until 1801, he was reappointed in 1804, serving until his death in 1806. He was known as "the Younger" to distinguish himself from his father William Pitt, 1st Earl of Chatham, who had previously served as Prime Minister. His appointment in 1783 caused some public concern, a popular ditty commented that it was "a sight to make all nations stand and stare; a kingdom trusted to a schoolboy's care"

William Pitt the Younger, served as Prime Minister during the aftermath of the American War of Independence, the turmoil of the French Revolution and for the major part of the Napoleonic Wars that followed. Pitt's 1784 India Act established dual control of the East India Company, delayed the passing of the 1789 Regency Bill long enough for George III to recover from his latest bout of insanity and Pitt championed the 1800 Act of Union which formally united Great Britain and Ireland into a single realm however Pitt would resign in 1801 following the King's refusal to accept Pitt's Emancipation of Catholics Bill. 3 years later the King again asked Pitt to form a government when Napolean threatened invasion.

Over his long service as Prime Minister, it was Pitt's mastery of finance and championing of free trade that would be a key weapon in Britain's arsenal to fight the growing French Empire and replace it with a British Empire that would lead the world for the next Century. As part of his efforts to finance the wars, he created a sinking fund to deal with the National Debt and created Income Tax in 1798 as a purely temporary measure.

Pitt's greatest triumph came in 1805, shortly before he died early the following year, when he heard of Nelson's victory at Trafalgar and at the Annual Lord Mayor's banquet, he was toasted as the "Saviour of Europe", he replied with the immortal words "I return you many thanks for the honour you have done me; but Europe is not to be saved by any single man. England has saved herself by her exertions, and will, as I trust, save Europe by her example."

Sadly, the celebrations were short-lived as the anti-French coalition collapsed following defeats for Britain's allies at the Battles of Ulm and Austerlitz, which increased the continuing toll on his health from the long service Pitt gave his country, combined with his fondness for Port, added to his suffering from gout and "biliousness" and he finally died on 23 January 1806. He was buried at Westminster Abbey with a State Funeral.

His biographer William Hague MP (who spoke to the Club in 2004), wrote that Pitt's long premiership "tested the natural limits of how long it is possible to be at the top. From 1783 to 1792 he faced each fresh challenge with brilliance; from 1793 he showed determination but sometimes faltered; and from 1804 he was worn down by... the combination of a narrow majority and war..."